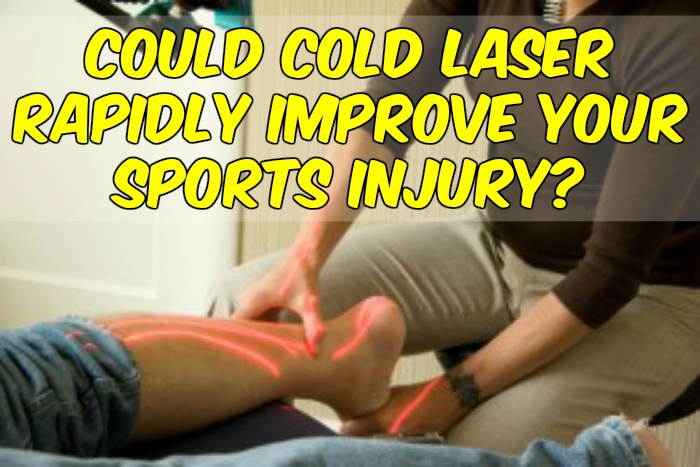 If you are an athlete, one of the most frustrating things is dealing with a sports injury.

Unfortunately, most doctors never played sports and don’t understand just what a big deal missing 4 to 6 weeks is. That is over half a season of high school ball!

I played all levels of sports except pro, and understand just how important every week and every practice is. A recent study from the 2013 edition of the journal Laser Therapy  found that cold laser therapy was effective in 65.9% of ALL sports injuries, and had an even higher rate in Jumper’s knee, elbow tendonitis, and achilles tendonitis. (http://www.ncbi.nlm.nih.gov/pmc/articles/PMC3799051/)

This confirms what I have seen in my office over the past 11 years. I have had basketball players come in with ankle injuries and jumper’s knee, who were told their season was done, only to return to full participation 2 weeks later after laser therapy.

I have also had baseball and softball players come in with elbow tendonitis, also being either shut down for months or recommended surgery, only to return to full participation after laser therapy. Best of all, they have stated that they feel like they can throw with the same velocity that they did prior to injury.

As with most laser studies, no side effects were noted. I have been using these methods on NFL champions and MLB hall of famers for over a decade, and am consistently amazed at the results. The only catch is that you have to find a doctor who actually knows how to use a laser, and unfortunately many are too lazy to actually get trained in how to use the device appropriately.

The take home message from this study is that if you are looking for a safe and effective method to get back into the game quickly and without side effects, cold laser looks like a good option.

Should Hashimoto’s Patients Get Flu Shots, Or Will It Make You Worse?